In the 1990s the environmental impact of fishing became widely apparent. Especially in the coastal regions, people live and make money off of the fishing industry. Fisheries need to be sustainable in order to keep the fishing industry stable. But during the ’90s, commercial fishers discovered that they would receive a larger, more immediate profit if they could harvest more fish at one time. This discovery seems logical at first glance. Fishermen developed methods to ensure a greater profit, such as dredging clams, longline fishing, blast fishing, and seafloor trawling. But in utilizing these methods, fishermen destroyed the aquatic ecosystem. For example, dredging clams involves churning up sediments with a shovel in search of clam life. This churned-up sediment then floats in the water and decreases the quality of the water, affecting the aquatic life in the water and the people in surrounding areas who drink, bathe, or swim in the water. Longline fishing involves placing several hundred hooks on one fishing line reeled out across miles of ocean. The goal is to catch as many fish at one time as possible, but often fish (and even birds) are caught on the line that the hooks are not meant for. Blast fishing involves using dynamite.

The explosive blast frightens the fish whose spleens explode, and they float to the top of the ocean already dead, making harvesting the fish much easier and faster. Unfortunately, the blast also destroys coral reefs, which have important economic roles. Coral reefs sustain the life of several underwater creatures; when the coral reefs die, the fish die, too. Seafloor trawling (raking the bottom of the ocean for fish) also destroys marine habitats, resulting in the deaths of fish who were never meant to be harvested for consumption.

In the ’90s, the Atlantic cod was diagnosed “highly endangered” due to this over fishing. What had once been the most abundant fish in the Northeast was now in danger of extinction. States placed restrictions on all Atlantic cod, with the hope that the Atlantic cod population would be able to sustain itself given time and freedom to populate. With some other over fished populations, this restriction did increase numbers, but the Atlantic cod never overcame this setback. This over fishing of the Atlantic cod also had other, perhaps unthought of, effects. The entire economy in the Northeast now had to change to accommodate the aquatic ecosystem change. With the Atlantic cod being fished in such drastic quantities, the shrimp and snow crab were free to populate without fear of being eaten. The balance in the ocean’s ecosystem needed to find a new balance. People began selling more shrimp for food to replace the cod. With each shift in the ecosystem of the ocean comes a shift in the economy as a whole.

Other, perhaps more innocent, fishing mishaps cause a shift in the aquatic ecosystem as well. By fishing results, usually with longline fishing, when a fisherman’s hook accidentally catches a fish or other aquatic creature he isn’t meaning to catch. Fish then die for no purpose at all. They won’t be eaten. Their deaths, and the effect on the ecosystem, are the result of a meaningless “mistake” due to carelessness. Ghost fishing occurs when a fisherman loses or forgets some item of fishing equipment. Then fish, and sometimes birds, are caught in the forgotten hook, for example, and die. Again, these animals are not dying for any purpose. They are dying accidentally and are polluting the oceanic life as a result. With this knowledge of fishing dangers, some might perhaps cry out against all fishing in the name of the economy, but fishing, when done properly can benefit the economy.

These negative effects are the result of over fishing, or commercial fishing (often careless fishing). Many fishermen actually hold a vital role in the preservation of the aquatic economy. A true fisherman cares about the fish he catches, which may seem like an oxymoron. How can a man who hunts fish for the purpose of killing and eating them care about and want to protect the fish? If a fisherman enjoys fishing, he has to have fish to fish. Therefore, he protects his fishing grounds. 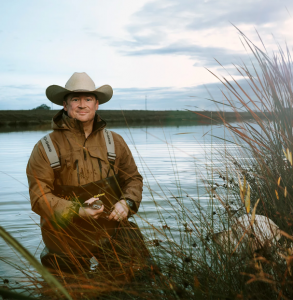 Rivers are particularly susceptible to endangering aquatic life. The rapidly changing climate is disturbing aquatic life today, as it disturbs us on land. In addition, as rivers flow past inhabited areas, they pick up more and more pollutants as we become more and more careless in our day-to-day actions. Serious fishermen, not those who fish for commercial gain, are often the ones who report this pollution to the proper authorities. They notice the pollution when they fish. They want to have fish to fish so they have a vested interest in fishing in water free of pollution. These fishermen notice the abundance or lack of pollution through the presence of invertebrates called Large Dark Olives. These particular invertebrates are especially susceptible to pollution.

When they thrive, the fisherman knows the water is pure. When they begin to deplete, the fisherman knows there is some form of pollution in the water and can report that pollution. Fishermen are also the ones who care about the decline of fish. They are the people who ask why a particular fish is declining. And then they seek to answer that question in order to solve the problem. In fact, many fishermen will buy their own fishing property to ensure pollution control and aquatic health. These fishermen are the ones who obey the fishing rules set up by their states. They are the men who return a sea bass to the water if it is smaller than thirty-six centimeters. They want the fish to have had the opportunity to spawn at least once before they kill and eat it. They want the fish population to continue to increase.

Even those who aren’t fishermen can help protect the aquatic ecosystem. Trash gets into the water and is damaging to the oceanic life; we can pick up that trash. We can protect our water supply by using washing powders and liquids that are phosphate free. We can choose to eat only the fish that comes from a sustainable fishery. We can refuse to support the companies of commercial fisheries.

Fishing can be good for the environment when the true fishermen protect the environment to ensure their sport. We can do our part to protect the aquatic ecosystem whether it be in cleansing our water supply or being pickier in our fish consumption. Fishing is a sport, but like all sports. It comes with rules: rules that protect and guide the game.

Wanted to go for fishing and need fishing gear, then click here!

How to Easily Install Your Fish Finder